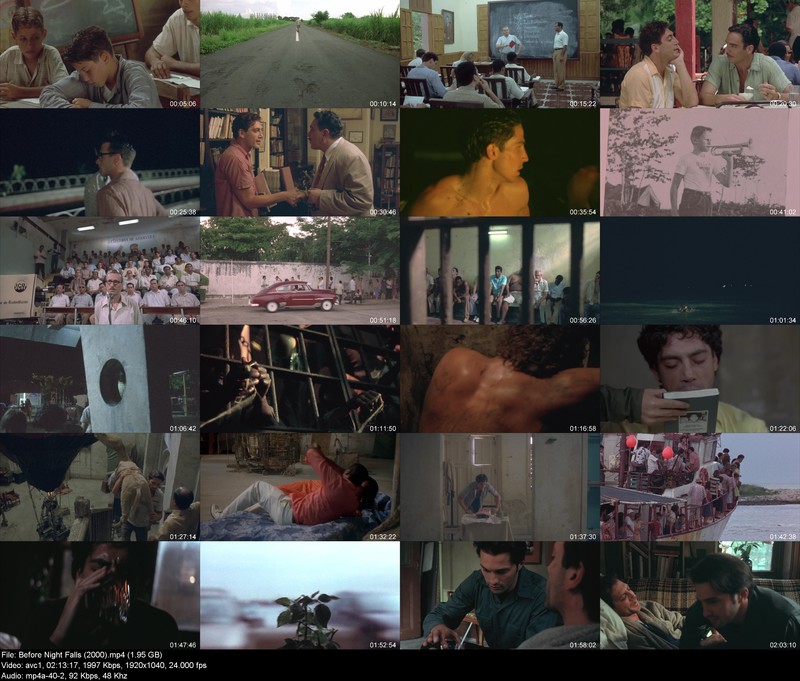 Description: Episodic look at the life of Cuban poet and novelist, Reinaldo Arenas (1943-1990), from his childhood in Oriente province to his death in New York City. He joins Castro’s rebels. By 1964, he is in Havana. He meets the wealthy Pepe, an early lover; a love-hate relationship lasts for years. Openly gay behavior is a way to spite the government. His writing and homosexuality get him into trouble: he spends two years in prison, writing letters for other inmates and smuggling out a novel. He befriends Lázaro Gomes Garriles, with whom he lives stateless and in poverty in Manhattan after leaving Cuba in the Mariel boat-lift. When asked why he writes, he replies cheerfully, “Revenge.”
Director: Julian Schnabel
Writer: Cunningham O’Keefe, Lázaro Gómez Carriles, Julian Schnabel
Actors: Javier Bardem, Johnny Depp, Olatz López Garmendia
Rating: 7.1
Vote: 25177
Runtime: 133 min
Language: English
Genres: Biography, Drama, Romance