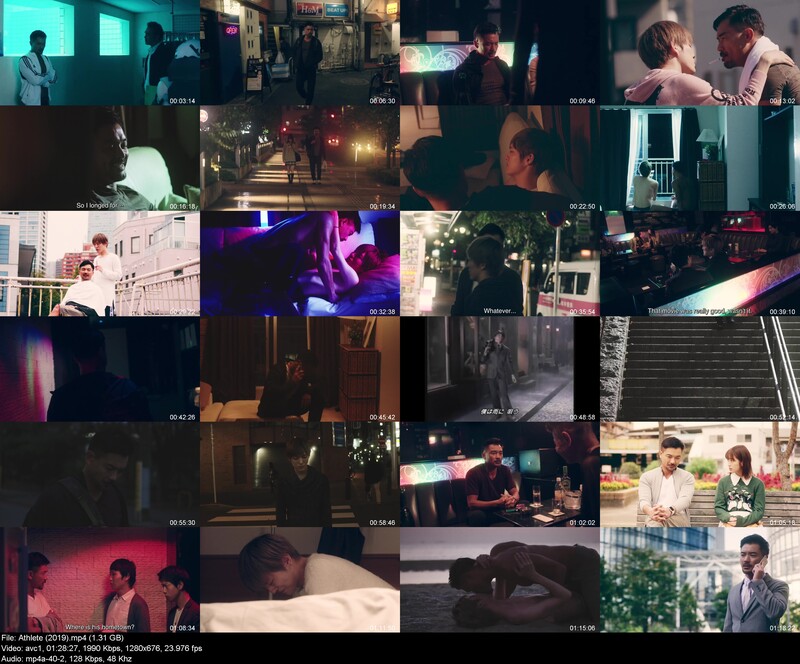 Description: A former athlete, Kohei is a swimmer with a wife and child. One day his wife asks him to sign the divorce papers. From shock, he escapes to alcohol, finding himself one night in Tokyo’s gay district, Shinjuku Ni-chome, where his fateful meeting awaits with Yutaka, a beautiful twink. Yutaka makes a living from live sex webcams with men, but his dream is to become an anime creator. Yutaka however is tortured because he still hadn’t come out to his father who collapsed from illness. Kohei and Yutaka both carry a cross. They hesitate but can’t stop being drawn to each other as if they need each other. The two fall for each other, even at times hurting the other. Kohei however begins to struggle about what it means “to love somebody” and questions his “sexuality”, through his contacts with different personalities in the gay district. Meanwhile, Yutaka encounters his gay ex Atsushi, and starts to realize he will never be able to be with Kohei, who is gay-for-pay.
Director: Takamasa Oe
Writer: Yasutoshi Murakawa
Actors: Joe Nakamura, Yohdi Kondo, Yoshiaki Umegaki
Runtime: 85 min
Language: Japanese (Subs: Hardcoded English)
Genres: Drama