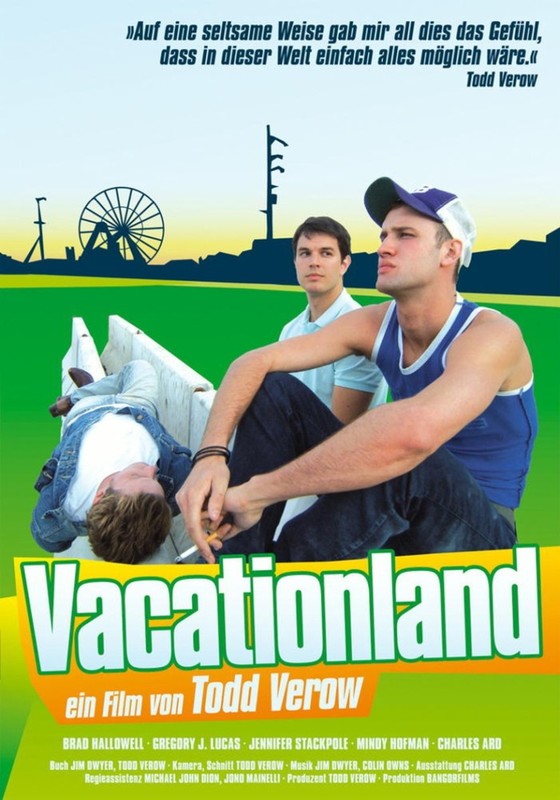 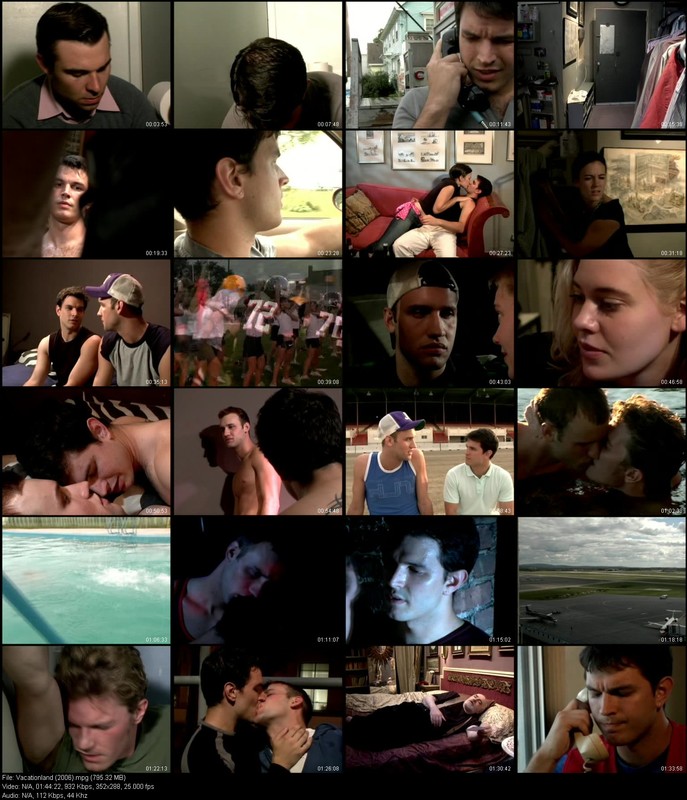 Description: Set in Maine and inspired by his own teen years, Verow tells a story of gay lust in high school between Joe (Brad Hallowell), a (clearly autobiographical) theater geek, and his best buddy, Andrew (Gregory J. Lucas), a football star. Joe has been edging his way out of the closet for some time, but Andrew is still resolutely banging chicks. They both have girlfriends, but the charade is wearing thin. Unhappy at home, Joe moves in with an older gay man and becomes his caretaker and artist’s model. The boys continue to play hetero in public until the girlfriends decide to get these two boys to start playing with each other. The scene in which the boys first make love while the girlfriends peer around the wall is pretty damned hot. As their relationship develops, they explore the local gay scene where old issues begin to surface. Todd Verow has given us an easy to digest treat; Vacationland is a succinct tale of love between gay high school teens.
Director: Todd Verow
Writer: Jim Dwyer, Todd Verow
Actors: Brad Hallowell, Gregory J. Lucas, Hilary Mann
Rating: 5.0
Votes: 593
Rated: Not Rated
Runtime: 104 min
Language: English
Genres: Drama, Romance