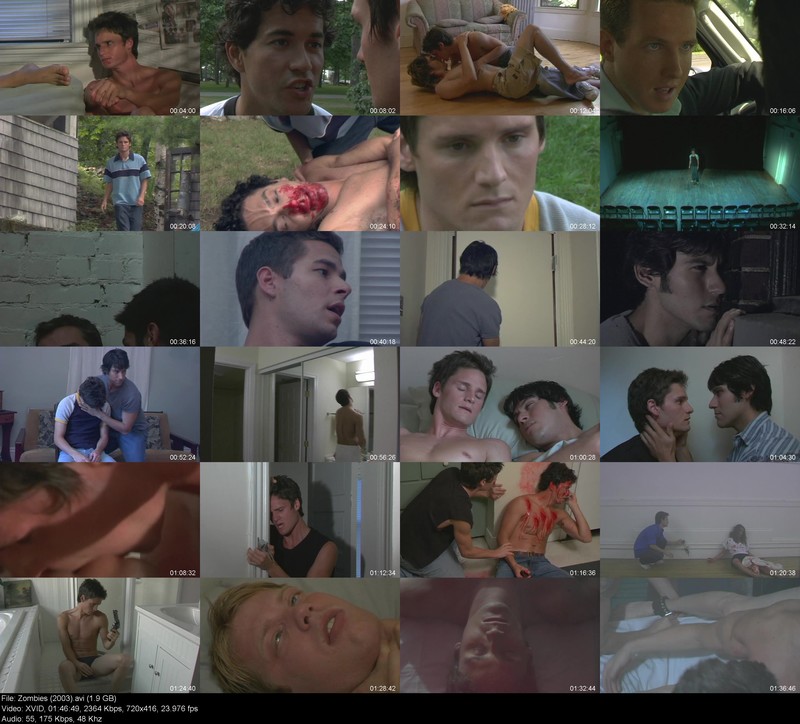 Description: Five years ago when Christian sold his soul to the dark powers of Samuel he was promised a life free of guilt and no recollection of his sins. A world where a small cabal of handsome killers, Zombies, seduce and pray upon innocent men at will. “Zombies” follows Christian on a downward spiral as his memory awakens from the numb life he’s grown accustomed to. His past causes the line between madness and sanity to blur. Taunted by the young men he brutally killed, misunderstood by his best friend, Jason, and victimized by his chief rival, Cain, Christian seeks refuge in the supporting embrace of Matthew. Christian is forced to choose between a life of absolute power or abandon his dark existence and walk the Earth as a mortal.
Director: Alex Pucci
Writer: David Light (based on characters created by), Joseph Raso (based on characters created by), David Light, Joseph Raso
Actors: Creed Bowlen, Eric Dean, Draven Gonzalez
Runtime: 120 min
Language: English
Genres: Comedy, Musical, Romance