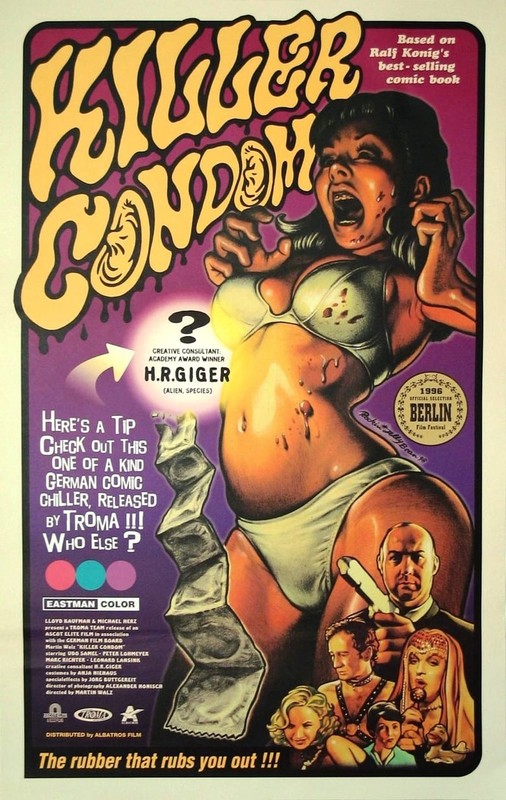 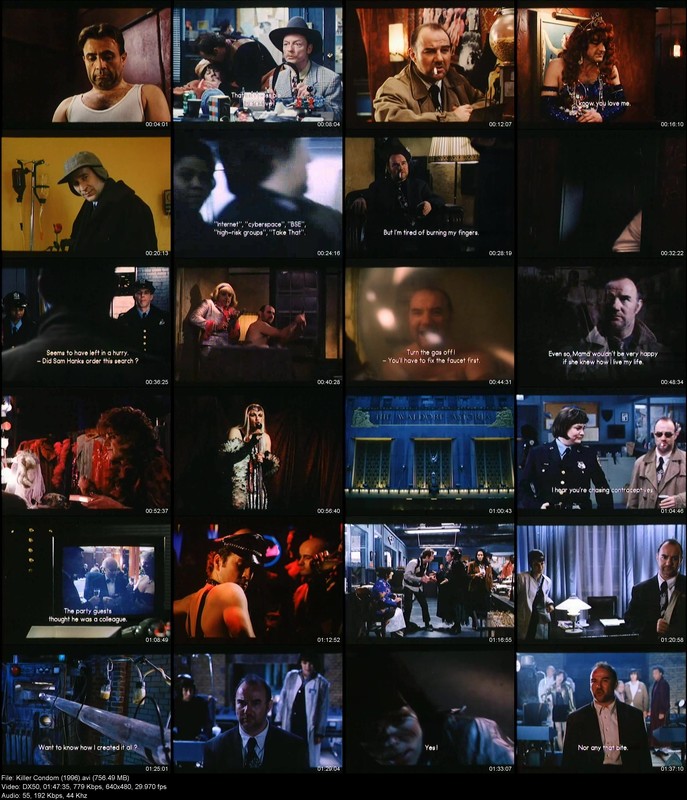 Description: The plot takes place in New York, and in the present. In a Hotel called “Quicky” a professor blackmails a student of his into having sex with him. But when the professor puts on a condom, the carnivorous condom bites off his penis and disappears. Detective Mackaroni who gets the case thinks that the college girl just bit off her teacher’s penis! Mackaroni goes to the motel himself to check out the crime scene, in the lobby he finds a gigolo named Bill and he asks him to follow him to crime room, there the two men attempt to have sex when they are suddenly interrupted by the attack of a killer condom.
Director: Martin Walz
Writer: Ralf König, Martin Walz, Mario Kramp
Actors: Udo Samel, Peter Lohmeyer, Iris Berben
Rating: 5.3
Vote: 3053
Runtime: 107 min
Language: German (Subs: Hardcoded English)
Genres: Comedy, Horror, Romance