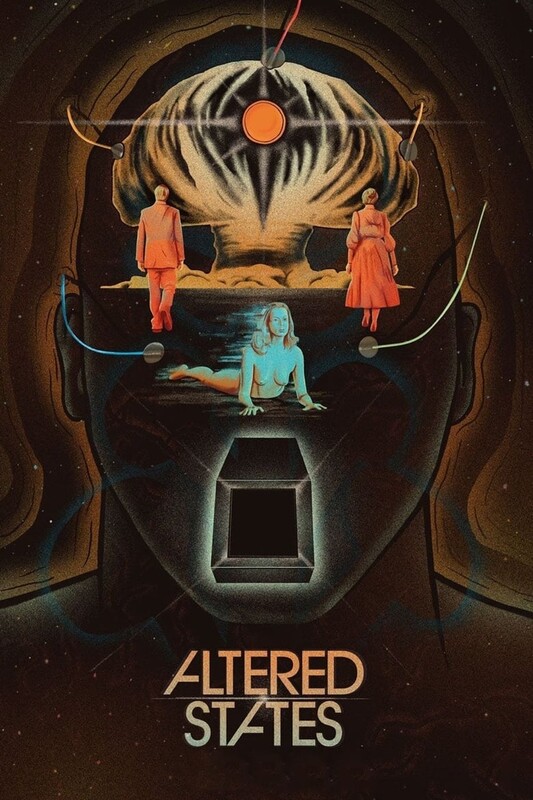 Description: In the late 1960s, just for a lark, graduate student Eddie Jessup, known for being unconventional, brilliant and slightly mad, conducts experiments with an isolation chamber, using himself as the subject. His experiences in the chamber cause him to hallucinate, much of the imagery being religious-based although he’s not religious. Seven years later, he is a respected full professor in the Harvard Medical School. Believing he has lost his edge and fallen into an unwanted state of respectability, Eddie decides to resume his work with sensory deprivation, this time using hallucinogens, specifically untested ones used in mystical Mexican rituals, to enhance the isolation-take experience. After initial tests, he claims he entered an alternate physical and mental state. Although unbelieving of Eddie’s claims, his colleagues Arthur Rosenberg and Mason Parrish, as well as Eddie’s wife Emily, herself a respected academic, are concerned for Eddie’s well being. However, if Eddie’s claims are indeed true, he could do irreparable harm to himself and others around him, especially if his altered states are uncontrollable.
Director: Ken Russell
Writer: Paddy Chayefsky
Actors: William Hurt, Blair Brown, Bob Balaban
Rating: 6.8
Vote: 35413
Runtime: 102 min
Language: English
Genres: Horror, Sci-Fi, Thriller